Android is an operating system based on the Linux kernel, and designed primarily for touchscreen mobile devices such as smartphones and tablet computers.

OLPC is preparing for a customer an Android, Sugar and Gnome dual-boot system for the XO-4 Touch. This will allow children to switch between the operating systems by rebooting, so that educational content can be delivered in either format.

The build is based on our arm-3.5 kernel, with changes which may be found in the arm-3.5-android branch of our olpc-kernel repository.

Note: the choice made at the menu is not saved. Previous builds did save the choice. This was removed because the saved state is undiscoverable, so there would have been forced power downs during boot because the child didn't remember what state the system was in, either because they forgot or the laptop was used by someone else. 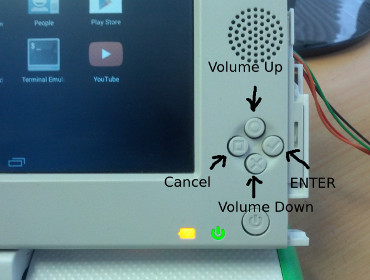 See our trac milestone 13.2.0-android report of problems to be fixed.