From OLPC
(Redirected from Give one Get one)
Jump to: navigation, search

You can help support OLPC's mission by contributing time and knowledge or donating money, or by participating in our annual giving campaigns. For the first two years after mass production, we ran an annual "Give 1, Get 1" campaign where for the price of two XOs you could receive one and donate the cost of one to the foundation. 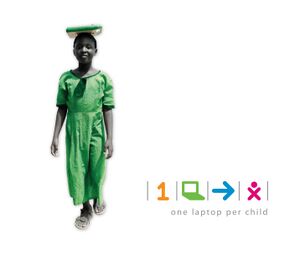 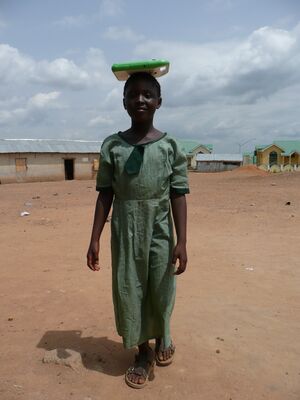 Original photo. Taken in Abuja, May 2007 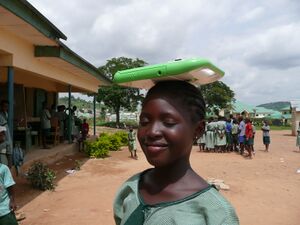 The face that launched 100,000 laptops. Arriving at school with a smile.

The 2007 Give 1, Get 1 program (or "G1G1") concluded on 31 December 2007. 85,000 people gave a laptop through this program, donations which helped launch deployments in Haiti, Rwanda, Mongolia, Palestine, and Afghanistan.

The poster child for the campaign was from Nigeria, where we launched one of our first pilots in 2006.

G1G1 2007 has archival info on the 2007 program. During the program, participants who donated USD $399 would cover the cost of one laptop to be distributed by OLPC to one of its least-developed partner countries, and would get 1 to keep, for themselves or for a child in their lives. OLPC also has a static Official FAQ(dead link) on this program.

Users of the XO have formed many user groups (some even before the 2007 units arrived). See Regional groups.

When you get your XO, follow the "Help using the XO" link in the side navigation under "About the XO".

Discussions about giving and G1G1 have been moved to the discussion page at Talk:XO Giving.