A power generation solution that allows users to create customized solutions to best suit the environment in which they live. The different components include; 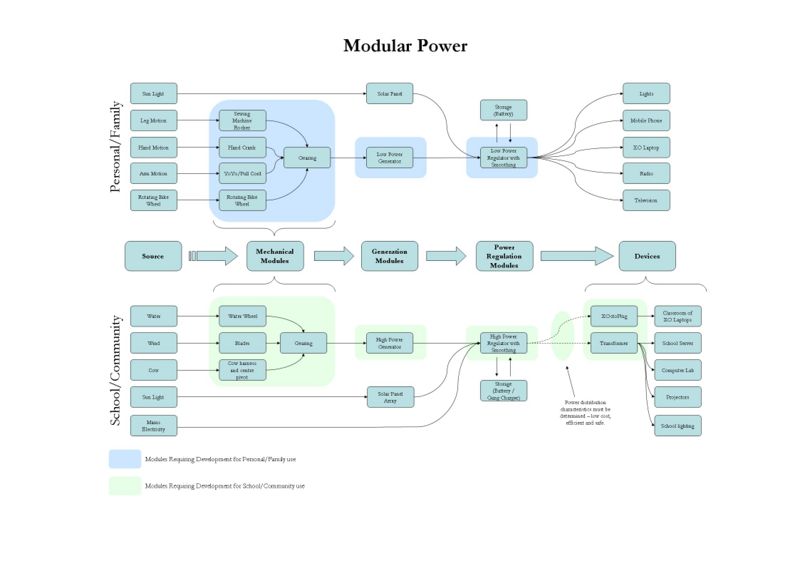 At the current time we might be considering schools which have no power solutions, but they will need to adopt one of the following scenarios to enable the use of the XOs.

There are 6 school power scenarios;

In any of the situations below a storage solution, such as car batteries or the gang charger, could be attached to the power regulator creating an uninterruptible power supply (UPS).