The bootloader can be installed using another Arduino, first install the Arduino IDE onto your laptop:

you are then given the option of upgrading to version 1.0.1, note where you save to (in my case /home/olpc/arduino-1.0.1/), version21 starts from the Gnome Applications menu but to start version 1.0.1 do the following:

The programming technique is described at [1] but the pins are different, see the diagrams below 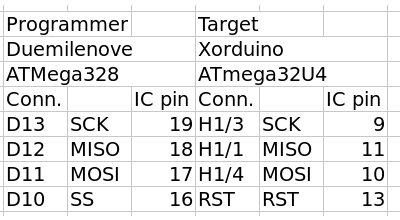 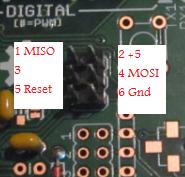 If the burning of the bootloader is successful, the yellow LED on the XOrduino will end up flashing once a second.